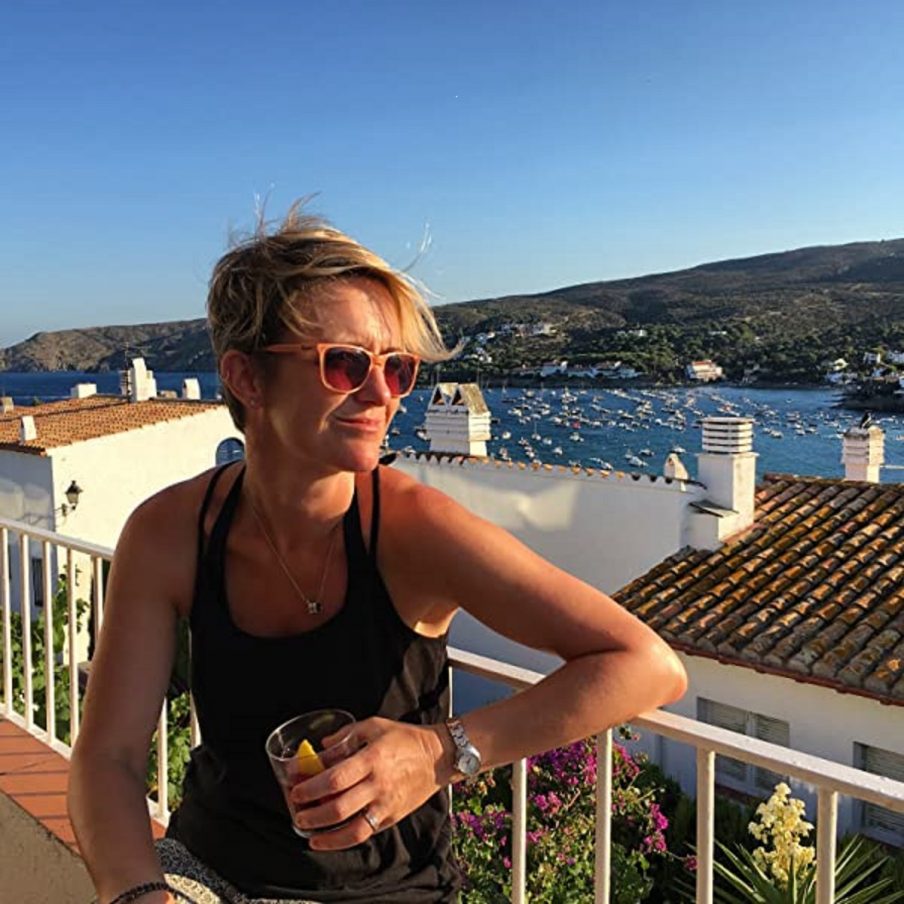 How I Got Published by S E Lynes

I’m pleased to present another guest post: How I Got Published by S E Lynes. I’m also delighted to join in the celebrations for Susie’s new book, Her Sister’s Secret.  It comes out on 13 July and, judging by the blurb at the end of this post, it is sure to be a hit with fans, like me, of dark and twisty thrillers.

How I Got Published by S E Lynes

The only reason I can’t wallpaper my downstairs loo with rejections is that these days they happen electronically. Plus, I am so pathetically faint-hearted that after less than twenty – a lot less than twenty – I stopped trying and decided to live under the stairs. I had an agent but that was as far as I’d got. I was a Creative Writing tutor at Richmond Adult Community College and resolved simply to teach and to write and to never expect to get anywhere. But the more I taught and the more I wrote, the better I got. I wrote another book, and another. After my agent and I parted ways, a friend said, ‘Look, you can write, but if you want to break through, you have to figure out what people want to read.’

Psychological thrillers were all the rage. When I read the most popular titles, I realised I had always been a fan of this kind of novel. Barbara Vine and Daphne du Maurier were among my favourite authors and more recently, Gillian Flynn, whose exquisite dark humour in Gone Girl and whose mix of compassion and ruthless gaze in Sharp Objects made me a fan for life.

Once I’d read as many good contemporary psych thrillers as I could, I sat down once again and placed my hands on the keys. I knew about story structure but this time I had a list of genre tropes too and I found that, rather than limiting me, like a good corset, they kept me upright and held my shape. I wrote VALENTINA: a love triangle, a cottage in the woods, two strong female characters, an atmospheric sense of place, and, of course, a twist or two. I dared to send it out and got several full manuscript reads, one agent who mucked me about but, ultimately, no further. The cupboard under the stairs beckoned.

One evening, an indie publisher did a talk at the college. Blackbird Digital Books were looking for submissions and, hallelujah, they didn’t need a synopsis. Hey ho, I thought, may as well. I sent my first three chapters the next day. That afternoon they asked for the full manuscript. A week later, pretty much, they asked me to sign. They were very small – one amazing woman called Stephanie Zia and a very talented intern called Rosalie Love – that was it. The dream is to land the big deal, I realise that, but for me the fact that they loved my work was enough for me. It was the perfect easing into this new and frightening – who am I kidding? terrifying – world of reviews, the horror of self-promotion, and everything that goes with putting yourself out there. The six-figure deal is great, I’m sure, but a small publication was the start I needed. Jenny Geras at Bookouture read VALENTINA and offered me a three-book deal. With Blackbird’s generous blessing, I signed with them and have been very happy ever since. Last month, my latest book, THE HOUSEWARMING, reached #1 in all kindle sales and I cried fat rolling tears of joy and disbelief.

I had no contacts, no agent and no confidence but it only takes one person to like your work. I hope this encourages anyone trying to break through – just keep going, keep writing, keep sending.

Former BBC Producer, S.E. Lynes is the Amazon #1 best selling author of ‘intelligent and haunting’, ‘beautifully written’ psychological thrillers, VALENTINA, MOTHER, THE PACT, THE PROPOSAL, THE WOMEN, THE LIES WE HIDE, CAN YOU SEE HER? and THE HOUSEWARMING. Her latest novel, THE ONE TO BLAME is available for pre-order NOW.

Blurb for HER SISTER’S SECRET:

When Annie met Dom, he seemed like everything she was waiting for: charming, loving, generous. When they got married, and he showed her the studio he’d built in the garden for her to paint in, she knew that at last she had found a way to be free.

She didn’t notice the trap until it had closed around her. And now, as she does his shopping and cooks his food and sits waiting for him well into the night, she has to smile through her tears, hide her anger, and tell no one the truth, not even her sister Isla.

Isla thought Annie was happy. They have always been as close as sisters can be, they knew everything about each other. And then the call comes in the middle of the night. Annie and Dom are dead.

When Isla arrives at her sister’s house, the smell of smoke still hangs on the air, and soon she realises she didn’t know Annie at all.

Because Annie was living a lie.

And as Isla sifts through the ashes, she must decide whether she wants to know the truth, or to protect what’s left of her family…

A brilliantly twisty tale of family secrets and the darkness that can lie behind closed doors, The One to Blame will keep you turning the pages till the final devastating revelation. Fans of Lisa Jewell, Gillian Flynn and Louise Candlish will love it.

I hope you enjoyed How I Got Published by S E Lynes. Here are links to previous authors who have written their Publication Journey stories for the blog: