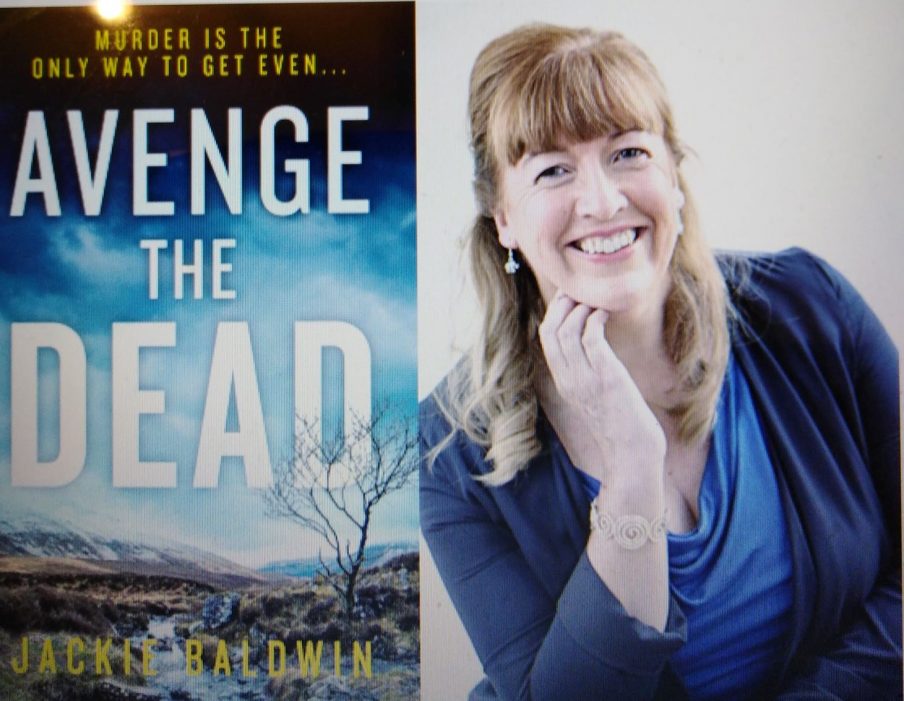 This month I’m starting a new feature where I invite a fellow author to write a guest post on how they negotiated the often long road to publication. The aim of the feature is to satisfy my general nosiness about how other authors succeed and to provide motivation and inspiration on those days when the road to publication feels way too rocky. My first guest is Jackie Baldwin, author of the DI Farrell series.

The Long Road to Publication by Jackie Baldwin

I knew I wanted to be a writer from an early age and would write stories steeped in melodrama such as ‘The Dark Horrors of Destiny.’ However, living in a small market town in Scotland with a demanding job and a young family, writing a novel was a long way down my list of priorities. It was a pleasant daydream, nothing more. I then discovered that the region’s writer in residence was offering to mentor some local writers over a year. I applied to write a crime novel and was lucky enough to be accepted. Without that support I very much doubt whether that first novel would ever have been written. It is one thing to let yourself down, it is quite another to let down someone else who has invested time and effort in you.

Of course, back then when I typed the magic words, ‘The End,’ I thought that was it. I thought I was done. Such naivety! I did the classic send out your MS before it is ready. Although I had a few requests for the full MS, no one took me on. This was back in the day when postal submissions were the norm. You could hear the thwack of your book hitting the floor. Talk about setting the tone for the rest of the day. I picked away at it and rewrote chunks until its innards were spilling out all over the place. I became discouraged and put it away for three years. A failed experiment. I clearly didn’t have the ‘write’ stuff.

Then, in 2013 I saw an advert for Crime and Publishment, a weekend of crime Masterclasses in Gretna just thirty minutes away. I decided this course would either get me writing again or help me draw a line under it completely and move on. During the weekend I had a one to one with literary agent, Allan Guthrie. Despite my incoherent, slightly deranged, pitch (I was horribly nervous!) he said something that triggered a lightbulb moment. I was back in the game. I rewrote the book that would become Dead Man’s Prayer over the next eighteen months. Almost immediately, someone posted that Killer Reads were open for submissions. I fired mine off by email and thought nothing more of it. Having been through the whole torturous process before, I had zero expectations. Imagine my shock when just two weeks later I received an email saying they would like to publish it. I swear I didn’t stop shaking for twenty four hours. After all that time, it was difficult to comprehend. I was finally going to be a published author.

The third novel in my DI Farrell series has just been published. Currently, I am working on another unrelated novel. I would love to say that writing gets easier with every book but I still have to fight through all the layers of angst and self-doubt each time. Maybe one day…

Jackie Baldwin is a Scottish crime writer. Her debut crime novel, Dead Man’s Prayer, was published by Harper Collins on 2nd September 2016. The third in the series, Avenge the Dead was published on 28th February this year. For twenty years she was a solicitor specialising in Family and Criminal Law. She now lives near Edinburgh and works as a hypnotherapist. Click here to visit her website.

Thank you to Jackie for describing her long, but ultimately successful, road to publication. (Her first DI Farrell novel is currently gracing display stands at Waterstones.) I am about to read Avenge the Dead and will review it on a future blog.

Click here for a previous blog post that shows that the road to publication was pretty bumpy for some very famous names.