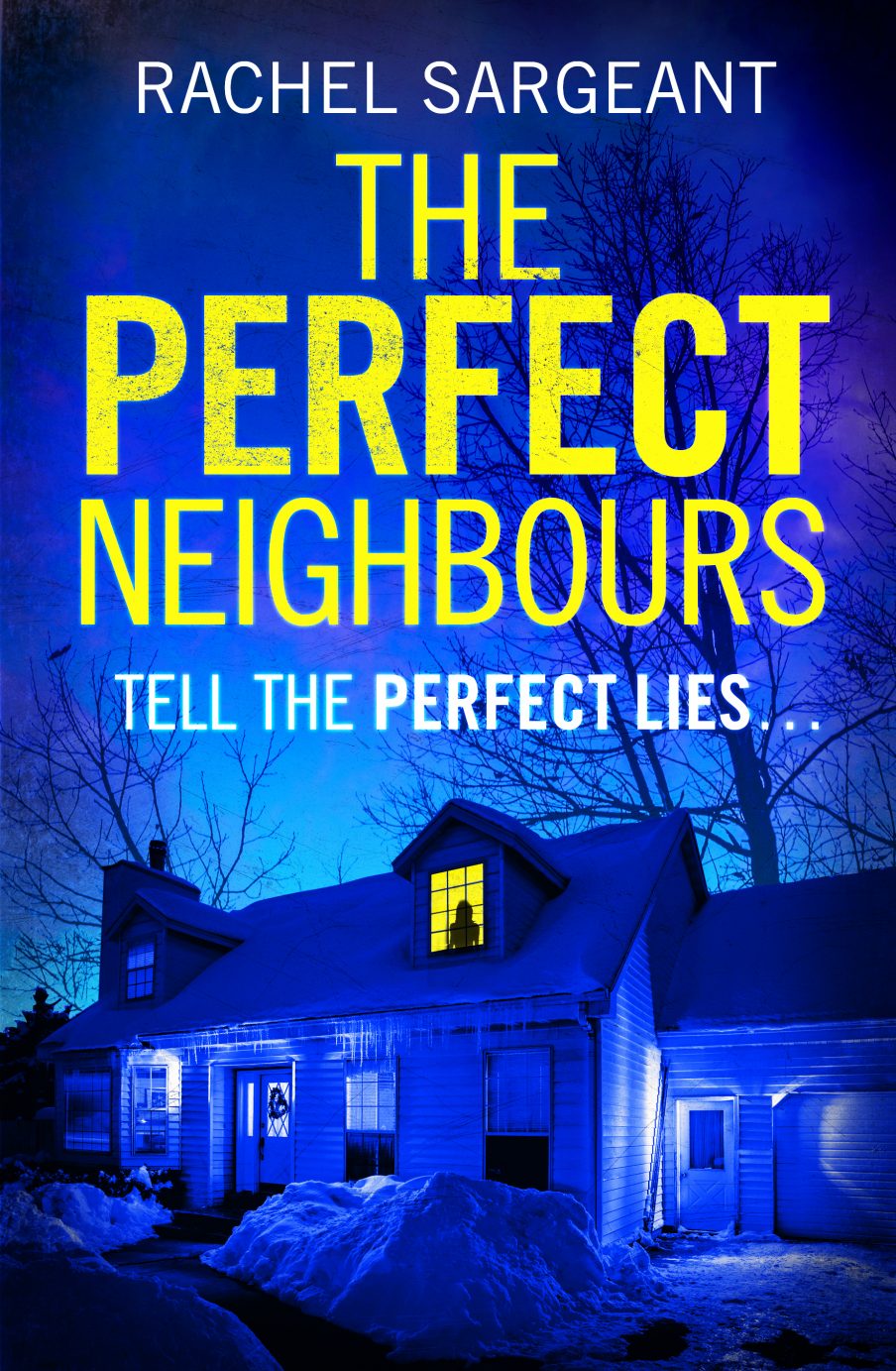 I am thrilled to reveal the cover for my new psychological thriller The Perfect Neighbours, published by HarperCollins Killer Reads on 15th December.

Since I signed the contract with HarperCollins in July, I’ve entered a whole new world of mainstream publishing. It’s been enlightening and exciting to work with Killer Reads editor, Finn Cotton, to bring my psychological thriller to a publishable standard.

Finn has made excellent suggestions for building up the tension and deflecting suspicion from the guilty parties. I’ve also worked with HC copy editor Janette Currie to ensure consistency in spelling, punctuation and layout.

And I’ve had my first review. Many thanks to Chris Curran, author of Her Deadly Secret, for this lovely quote:
‘Builds from a creeping sense of unease to a jaw-dropping climax and a denouement I defy anyone to see coming.’

So to celebrate the official cover reveal of my first psychological thriller, I’d like to share the first chapter of The Perfect Neighbours:

The spotlight is set into the ceiling so prisoners can’t get at it. Helen’s head hurts from the glare but she doesn’t shield her eyes. The moment she closes them, the images will flood back. Jagged photos in a digital picture frame, moving upwards and sideways, repeating and holding. She doesn’t know which one will torment her first. If she’s lucky, it’s the child’s cello, on its back, neck broken, blood smeared around the sound holes.

But it could be the blood-cherry cheesecake. Or the matted, pink-black belly fur of the dead dog. Or the gaping crew-neck sweater oozing its obscene innards onto the parquet floor. Or Gary.

She sits on the edge of the bed, her arms cradling her knees. If she could focus on the cello, the rest might fade. She must grab the sticky instrument; drag it into view; admire the thickening stains on the polished wood; remember the small, expert hand that once pressed against the fingerboard; and strain to hear the soothing sound of his playing. But it won’t be enough to block out the other images. Seventeen days so far and nothing has dimmed.

She stands up and paces the floor, her joints grating from lack of exercise. They let her walk in the yard at the back of the police station, but the snow piled at the fence reminded her of the cell so she asked to go back in. White room. White loo in the corner, no seat or lid. The only stab of colour is the green button by the door. She presses it.

“Please, sit yourself. Your lawyer will visit you in a little time,” the desk sergeant tells her through the intercom.

No point in arguing; it’s doubtful his English is up to it and, even after eight months in the country, she’s still another expat Brit who can’t be bothered to learn German.

She flops onto the bed. The mattress smells like Marigold gloves. Washing-up, Gary doing the drying. But another view of Gary invades – folded ankles, empty expression, crimson shoulder. She fights the vision and tries to see Gary at their kitchen sink. Tries to make him smile. Make him speak. She curls up, exhausted by the effort.

The door bolts deactivate but she stays foetal. It’s the lawyer, Karola. The ruddy-faced neighbour who keeps spaniels in her back garden and waves at her on Mondays when they put their dustbins out. She’s Frau Barton to her now, the only bilingual German-trained lawyer the school can find at short notice. These days she’s more used to picking up dog poo than counselling women charged with murder.

Helen rolls towards the wall.

The name shoots through Helen. She says nothing.

“He’s told the police that you were with him at the outdoor pool in Dortmannhausen.”

Helen sits up. “He said that?”

Helen draws her legs up, away from her. “There’s nothing to tell.”

“How long have you known Jakobsen?”

Why ask when she knows the answer? The school is a goldfish bowl and they both swim in it. Karola Barton knows every bit of her business. All the neighbours do, all the neighbours that are still alive.

Karola stands up. The crease of her trousers is plumb-line vertical. “What was it like, Mrs Taylor?”