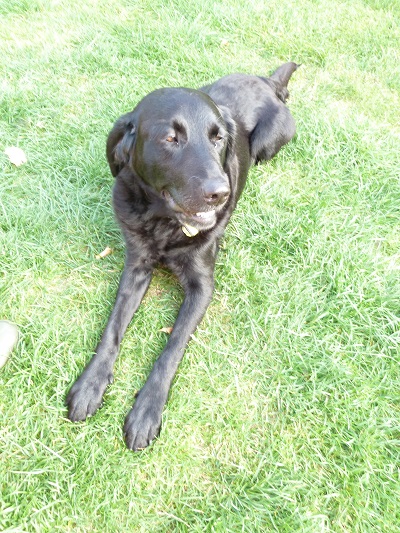 I’ve said it before and I’ll keep on saying it: short story contests keep many a budding novelist going. Even a place on a long list can be just the incentive the writer needs to get back on the keyboard after the latest novel has received another publisher’s rejection email.

A few years ago I won second place in the Crime Short Story Competition run by Writing Magazine. https://www.writers-online.co.uk/

Here is the second and final part of that story. The first part appeared in my blog on 9th March.

Mary would have liked to linger in the Dell, sniffing the scent of the roses, so delicate at this hour, but she had to keep on; there was no telling when the gang might arrive. She had to get there first and act when she heard them coming. She worked her way past the flowerbeds until she came to the wooden gate the louts had claimed as their own. Every day they’d be there, swinging over it or falling off it. Goodness knew what was in the cans they drank from and then lobed into the rhododendron bushes. They’d climb up on the gate and shout obscenities at anyone who walked past, including the elderly sisters who’d had to put earmuffs on their Yorkshire terrier.

She took a closer look at the gate. It was in dire need of a coat of something. What a mess they’d made with their spray-can graffiti. She and the overweight jogger had caught them doing it once.

The yobbo in the leather coat had shouted, “I’m painting my tag so what are you wrinklies gonna do about it?”

“The only tag you need, my lad, is an electronic one round your ankle,” said the man in such a rage that even his basset hound gave a half-hearted growl.

“Live and let live,” Mary had said. She’d said that a lot since the boys had arrived in the Dell, and she’d expected to carry on saying it. But not anymore. Everything had changed yesterday when they’d uttered a vulgarity too shocking to bear. She’d hurried home with her blood hammering in her ears and Sadie trotting beside her, tail drooping.

She shuddered at the vile memory. It was an absolute abomination. What could they have against Sadie? She could just about understand that not everyone liked dogs. Even she didn’t care to run the gauntlet of dog dirt that faced her on many pavements these days. But Sadie was a beautiful dog. As she put her hand in her pocket and took out her weapon, a wave of icy indignation moved down her spine. It was time to put an end to their reign of terror.

When Sadie heard the letterbox rattle, she scuttled to the porch, skidding on the vinyl floor, and snatched the rolled up newspaper out of the flap with her mouth. She paused to adjust her grip and hurtled across the hall to the kitchen.

Her mistress took the newspaper from her and tickled her throat. Joy sped through Sadie’s body and she shook her hips from side to side, wagging her tail against the woman’s legs. Sadie was glad to see her returning to their usual routine at last. The woman hadn’t been herself all day. Things had changed on the way back from their morning walk. Never before had Sadie had to run so fast to keep up and the woman had smelt all sweaty and anxious. She’d thrown something in a park bin without letting Sadie have a good sniff at it, let alone a chew.

When the woman sat down at the kitchen table, Sadie settled at her feet for a doze because she knew the woman wouldn’t move for a long time now she had the newspaper.

But she gave a start when the woman suddenly said, ‘It worked, Sadie. Listen to this: Although uninjured, the victim and his pals have vowed never to return to the Dell again. ‘I loved that coat,’ he told reporters. Serves him right, Sadie. Three D-I-Y stores I had to try before I found industrial strength/quick release but it was worth it.”

Sadie pricked up her ears, excitement surging from nose to tail. The woman had used her eager, time-for-a-walk voice.

“I’m a very tolerant woman but there comes a time…”

Sadie lifted her head and sniffed the newspaper. She wasn’t much of a reader but, if she had been, she’d have taken in the front-page headline: Youth Stuck in Gate Glue Horror.

‘He shouldn’t have called you the m-word.’ The woman took a deep breath and forced out ‘Mongrel’ in a whisper. She shuddered before adding, ‘Anyone can see you’re a purebred cross-mix.’