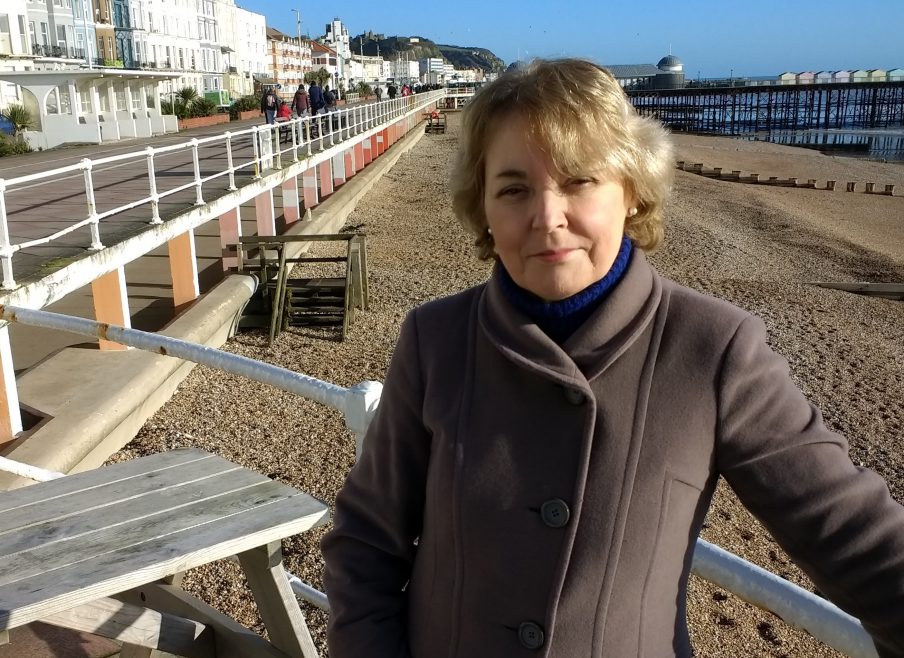 Here is the second in a new series of guest posts where fellow writers talk about how they negotiated their publication journey. Today I welcome Chris Curran and her writing alter-ego Abbie Frost to tell her story.

My Publication Journey by Chris Curran

When people ask about my publication journey an old song comes into my head. The Lennon and McCartney one – The Long and Winding Road. Because it was certainly that.

It began of course with reading. I can remember the precise moment when I first realised that those black squiggles on the page meant words. And I was soon reading everything I could lay my hands on. My love of stories was such that, inevitably, I began making up my own. Even then I desperately wanted to get them to as many people as possible. I glowed when my teacher read my efforts aloud to the class or pinned them to a notice board. And, when I looked at my favourite books, I knew that one day my name would be on the cover of ones I’d written myself.

Of course, it wasn’t that simple. Life interfered, as it tends to do. School became focused on exams. Then there was university, work, marriage and children. I always kept writing, but in a haphazard way, and my dream began to feel as if it was nothing more than that.

However, it didn’t die. My life was so busy, with a demanding full-time job and three children, that the idea of writing a novel was too daunting. So, I wrote short stories and had some success in competitions. But the competitions were often expensive to enter and each demanded a completely different kind of story. It was then I began writing for women’s magazines.

When my first submission to a magazine was accepted for publication, I was so excited I ran around the house screaming (and frightening the whole family). Buoyed up by this success I began my first novel, certain that my dream would soon be realised. There were several false starts: novels where the plot ran out of steam, or that, when they were finished, I just knew were not good enough.
But fifteen or so years ago I finally had something I believed in and I started submitting to agents. After the first flurry of rejections I rewrote and the rejections changed from a few short words that basically meant, no thanks, to more personal ones, some with editing suggestions, others encouraging me to submit again when I had something new.

I started attending writing conferences and tried a couple of brilliant Arvon courses, as well as continuing to enter competitions, and began meeting people who were part of the writing community. Some were already published or working in the industry, others were at the same stage as myself. I’ve never been good at networking, but the contacts I made during that time have in many cases become friends. All, in their various ways, have proved incredibly important to me.

Eventually, around 2008/2009, I completed what proved to be my first published novel, Mindsight, and this time several agents told me they loved it. Great news.

But there was a problem. Almost without exception they said that because it was a standalone psychological thriller it would be hard to sell. Difficult although it is to believe – post Gone Girl and Girl on a Train – psychological crime wasn’t popular with publishers in the early 21st century. So, the agents encouraged me to dump Mindsight. They would take me on if I wrote a police procedural or detective series instead.

Now I would never encourage an unpublished writer to ignore the advice of publishing insiders, but I did! It was not because I was clever enough to predict the resurgence of the genre. Rather it was because I needed to write the kind of book I loved to read.

Don’t get me wrong, I really enjoy a good police or detective series, and as a child I read Enid Blyton’s stories of daring young crime busters in The Secret Seven etc. But it was a different kind of novel that really grabbed my imagination. One where all the characters were personally involved with the crime and where it was up to the protagonist to save themselves. Where the narrator was not always to be trusted. Where atmosphere was a key element.

Books by writers like Daphne Du Maurier, PD James, Barbara Vine and Patricia Highsmith and standalones from Agatha Christie like Endless Night or Winston Graham with Marnie. It’s true there were fewer contemporary writers successfully producing this kind of book. Sarah Waters, although her books were regarded as literary rather than genre. Nicci French, Cathi Unsworth, Laura Lippman, Megan Abbott and a new writer whose first book had been awarded two prizes by the CWA. It was called Sharp Objects by someone called Gillian Flynn. But the word was that these were the outliers, the exceptions that proved the rule.

I was close to giving up. But then came Flynn’s third book, Gone Girl, and everything changed. In 2014, several agents asked to see Mindsight again, but I was impatient (can you blame me?) and when I saw that Harper Collins was introducing an open submission slot for their Killer Reads imprint, I decided to give it a try. Less than a day later I had the offer of a two book deal.

In contrast to the moment when my first short story was accepted by a magazine, my reaction was low-key. I reread the email several times. Asked my husband to check it again and, as he ran out to buy a bottle of bubbles, I sat down and tried to guess what was going to go wrong this time. But nothing did and after a few days, it sank in that, finally, this was really going to happen.

I’ve now published five books, the most recent of which are ALL THE LITTLE LIES (as Chris Curran) and THE GUESTHOUSE (under the pseudonym Abbie Frost). When I see them in a bookshop or an online site, I know I was right to keep going.

Perhaps, though, it was just as well that I didn’t know how long it would take!

Chris Curran is the author of five crime novels published by Harper Collins. Her first four books are psychological thrillers and critics have called them ‘compelling.’ ‘truly gripping,’ (Sunday Express) ‘cinematic and well-constructed’.

The latest is ALL THE LITTLE LIES. ‘A perfectly wrought psychological drama … A film maker’s dream.’ (Bookmuse)

Chris loves gothic fiction and is not averse to a smattering of horror, so in 2020 she also began writing as Abbie Frost. THE GUESTHOUSE has been described as ‘A classic remote house mystery,’ and compared to Agatha Christie’s And Then There Were None, but set firmly in the 21st century and very far from cosy!

The Sun called it, ‘addictive,’ The Daily Mail. ‘addictive and fun, The Courier, ‘a scintillating read.’ Best-selling author, Alex Lake, says: ‘Dark, claustrophobic and full of suspense: The Guesthouse is a gripping mystery’.

Thank you, Chris for telling your publication journey story. All The Little Lies was one of my favourite reads of 2019. Click here to read my review.