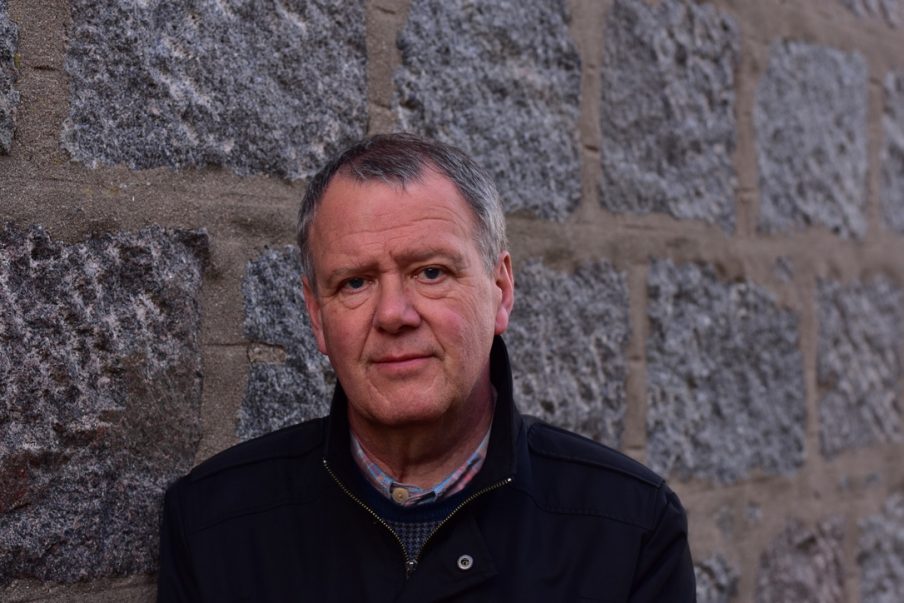 Here’s the third of three posts by guest authors this month. Just Like Buses by Harry Fisher tells the story of Harry’s route to the successful independent publishers Hobeck Books. His third novel, Yes, I Killed Her, came out on their Crime, Thriller, Suspense and Mystery list in May.

My story begins in 2014, in Sainsbury’s, when I finally came up with a plot I was convinced would hold water. Gents, perhaps you can empathise, but Her Ladyship can disappear in a supermarket in the blink of an eye. Usually I find her in the next aisle, but that day I began to think what if I couldn’t find her at all? Not on the shop floor, or the toilets, the café, car park – nowhere. Vanished. Gone girl: literally.

Eighteen months later, I had a first draft of Way Beyond A Lie – with a tepid opening and a really crap ending. And my little gang of beta-readers agreed. It took me another 18 months to completely restructured it. I was happy. Job done. Now what?

I began submitting to literary agents. Jeez, what a tedious, time-consuming, pain in the bum that was. But I wanted to go down the traditional publishing route, so it had to be done. Now, for those of you who don’t know, each submission has to be personalised with few opportunities to copy and paste. Like I said, Jeez!

I’d submitted to 24 agencies before I eventually gave up. They all either said no thanks in a standard email response, or they didn’t reply at all. Her Ladyship became very upset on my behalf, but I get it – they receive dozens of submissions every week. So, I decided to self-publish and Way Beyond A Lie came out in March 2019, five years after I started writing it. It received lots of great reviews, people loved it, sales were rubbish but that wasn’t the point. I’d written my book – and that was that.

The original title for my second book was Six Six Six – six people, suffer six events, that destroy six lives. While I was writing it, I thought, look at all these lovely reviews for Way Beyond A Lie – over 100 and still rating 4.6 on Amazon. So, I went back out to agencies: “Look! See what I’ve achieved with my first book, now are you interested?”

And then, and then, a very helpful agent, chap called Michael Dean, replied with an actual proper email, pointing out that it was highly unlikely any publisher would pick it up because it was already out there; it wasn’t bright and shiny and new any more. He advised me to write Six Six Six to the highest possible standard, submit that, and hope that a publisher would take on Way Beyond A Lie too. So, I did that, submitted it to him, but he said no thanks again. Very politely, but still no thanks.

By now my faithful band of readers were clamouring for Six Six Six. So, I typeset it myself, designed the cover, printed copies, and sold 310 copies for £6 each to cover the costs. Maybe I should have made it £6.66 but handing out change would have been a nightmare. And because it wasn’t out there on ebook and available to the public, I carried on submitting. Forty-two in all, this time around. Forty said no thanks but remember the title of this article is “Just like buses”. After 40 rejections, two publishers declared they were interested – in the same weekend.

Rebecca and Adrian from www.hobeck.net had already asked for the full MS of Six Six Six when I was contacted by another indie publisher, who immediately made me an offer of contract. They were very personable, I was sure I’d be able to work with them, but I wanted to hear what Hobeck had to say. Long story short, the key difference between the two was the other publisher was just going to accept Six Six Six as it stood and publish it. No editor. No professional input. Just stick it out there.

Hobeck, however, offered a full support package including an editor, Helen, who provided ultra-sharp professional input. The gloss across the top. Something I definitely wanted to experience. And when I Zoomed with Rebecca and Adrian, they were tremendously enthusiastic and complimentary about my work and that was what sealed the deal.

So how did I feel once I’d signed? Terrific. Now it wasn’t just me and Her Ladyship trying our best to promote my writing. The pressure lifted, I instantly had more reach, many more inputs from all quarters.

Now I have three books with Hobeck. Six Six Six was retitled Be Sure Your Sins and became #1 in the DI Melissa (Mel) Cooper series. Way Beyond A Lie is the prequel because it introduced Mel. My readers loved Mel so giving her the lead role in Be Sure Your Sins was a no-brainer. And finally Yes, I Killed Her – the story of the perfect murder. Published in May 2022 and heading for 150 reviews already.

But the icing on the cake is Yes, I Killed Her has been endorsed by James Oswald, best-selling Scottish crime author of the Inspector Tony McLean mysteries. He said, and I quote, “I would recommend this to anyone”. I was chuffed to little mint balls when I read that.

Thank you for taking the time to read this, and if you’d like to get in touch, please feel free.

Harry Fisher is a native of Leith (the port for Edinburgh) so that’s where his crime thrillers are set. Write about what you know, and all that. He lives in Aberdeen with his wife, Shiona, and their Hungarian Vizsla.

Prior to self-publishing his debut, Harry had never written a word of fiction. So he just launched in – cold turkey for authors. And now he’s written three books:

Way Beyond A Lie has bang up to date themes: identity theft and cybercrime. During two free book promotions in 2020, it was downloaded 2,700 times over five days.

Be Sure Your Sins is #1 in the DI Mel Cooper series. (She takes no crap, not even from the bad guys). The story concerns “six events that happen to six people that destroy six lives”. Both thrillers were published by www.hobeck.net in Autumn 2021.

Yes, I Killed Her (published May 2022) is Harry Fisher’s audacious follow-up crime thriller, also starring DI Mel Cooper. “In the 21st century, is the perfect murder remotely possible? Edwin Fuller is convinced it is. He’s cunning, calculating, and chilling. He makes a plan. He carries it out. And he kills his wife.

Fuller’s plan has worked; he’s got away with murder. Case closed.

Until he makes a big mistake.”

Currently, all Harry’s books have Amazon ratings of 4.4 stars and above from around 650 reviews, and he’s immensely proud of that.

Things Harry’s into apart from walking the hound every day: travel, outdoor stuff, wine and food, and if all four can be combined then so much the better.

I hope you enjoyed Just Like Buses by Harry Fisher. Here are links to previous authors who have written their Publication Journey stories for the blog: